Science is all about inventing new things and implement them in daily life use, basically, it is all about research and development. All the well-known inventors to date made a courage to think something unique, have proved themselves to the people who want to prove them wrong. But, some unlucky inventors even after being successful with their deadly inventions, because of some mistakes lost their lives too.

In the year 1772, Sieur Freminent from France invented the machine which was made to breathe underwater during scuba diving. The objective of this machine was to convert the exhaled carbon dioxide into oxygen to keep breathing underwater. This was the first device of this kind but unfortunately, it cannot be completed successfully and some errors occurred. The inventor of this device died while he was testing his invention and the reason was lack of oxygen.

It is another machine developed to breathe underwater in 1876 by Henry Fleuss’ in England. It was designed like a dress which uses compressed oxygen instead of compressed air. The main motive of this invention was to rebuild the doors of drowned ships. One day, Henry decided that he will go 30-feet inside the water but unfortunately, he died because of the pure oxygen filled in the cylinder as it acts like a poison when 100% pure and even becomes more poisonous under the pressure of water.

On 4th February 1912, an Australia man named Franz Reichelt was a French tailor by occupation and was famous to make parachutes and to use them. Once, he invented a parachute which can be worn as a dress and made a plan to jump from the Eiffel Tower. His friends and other people tried to stop him but he jumped from the first platform of Eifell Tower and the result was perfectly what the people are afraid of…the parachute did not open completely and Franz died by hitting the ground with a pretty high speed.

On May 17, 1930, Max Valier who was honored for his capability and experience to make rockets take initiative to test his new invention whose rocket that was filled with alcohol blasted during the test. From 1928 to 1929, Valier worked with a company named Fritz Opel which was made to create cars and aircraft that can run with a speed of a rocket. Valier was concentrating completely on liquid-filled rockets, in which he succeeded on 25th January 1930 in the field of liquid fuel technology. On 19 April 1930, he also took a test drive of such a car which he named as Valier Heyland RAK-7. After a month, the alcohol filled cylinder blasted in which Valier lost his life.

He was an Irish businessman who was known for making water ships. He was also the architect of World Famous ship ‘Titanic’ and he was the one to create it. On that first and last trip of Titanic, Andrew was also present on it. When on 14 April 1912 Titanic hit an iceberg, he was the one in those 1507 passengers who lost their lives in that accident. The Titanic trip is one of the most horrible accidents that happened till yet.

Hunley was a marine engineer and also the inventor of world’s first fighter submarine. He named this as CSS Hunley. In the year 1863 submarine, while the submarine was under test, an accident occurred because of which it cannot come back to the surface and get drowning every second in which Hurley and his other 7 workers died.

In 1924, he started doing experiments on blood transfusion with a hope that with its help human will not get older anymore i.e the age will not be recognized till the day he/she will be alive. After doing 11 transfusions, Bogdanov’s seeing capabilities increased to a great extent. But in 1928, during a blood transfusion, Alexander Bogdanov died when he used the blood of one of his student who was suffering from Malaria as well as Tuberculosis.

Smolinski and his one friend initiated a company named Advast Vehicle in 1971 whose motive is to invent the car which can even fly whenever it is necessary. Their first and the only model was AVE Mizzare which was made by joining a car named Ford Punto and wings of an aircraft named Cessna 337 aircraft. This flying car can go up to a maximum height of 12,000 feet with a maximum speed of 209 km/hour. During one of its flight, because of some unwanted disturbances in the fans of the engine, it became out of control and a huge crash occurred in which Henry Smolinksi died.

She was the one who founded two new elements of the periodic table which were Radium and Polonium. She also started the attempts for radioactivity because of which X-rays technology has been invented. For this work of her, she was awarded Chemistry and Physics Nobel Prize too. She was the first lady who was awarded Nobel prize twice and is the only one to do something like that till date. Unfortunately, because of her research, she was greatly affected by very harmful radiations because of which she suffered from a disease named ‘Leukemia’ which is a type of blood cancer and she died in 1934.

He invented a bicycle which can work on steam which is one of the oldest inventions in the field of automobiles. In June 1896, during the show off event of this bicycle to the normal people, an accident occurred because of which Roper got a heart attack and unfortunately he lost his life.

This was all about the list of the top 10 inventors who died by their own inventions. Hope. reading the list was interesting to all. But, they are few people, because of whom some very efficient and new technologies such as X-rays have been discovered. 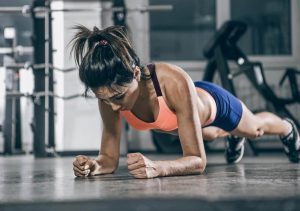